Legal Action is a Western adjacent style legal thriller that fits perfectly into our popular Western and drama themed schedule. This film highlights the heroic fight for truth in the face of challenging adversity,” said Butts. “It’s a compelling story with unexpected twists and turns that will allow viewers to experience first-hand how perception may not be reality.” 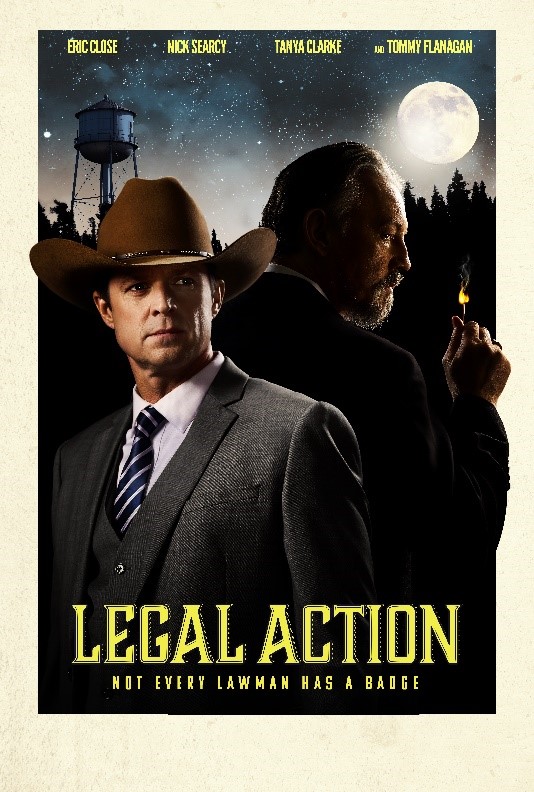 In Legal Action, big-city lawyer Casey McKay, (Eric Close – Nashville, Without a Trace) a winner with a long hot streak, receives a mysterious text from his ex-wife, Pru, (Tanya Clarke– A Beautiful Mind, Guiding Light) about her brother, Jay. No stranger to being on the wrong side of the law, Jay is accused of murdering a District Attorney. Casey takes the case, but soon discovers this will be no ordinary legal defense. Teaming up with eccentric ex-marine turned motel owner and P.I. “Ex” Clemens (Nick Searcy – Justified, The Shape of Water), he discovers a web of conspiracy that puts him face-to-face with the town’s most greedy and corrupt land developer, Mr. Gates (Tommy Flanagan – Sons of Anarchy, Braveheart). As Casey begins to unravel the truth, he finds himself fighting for his former brother-in-law’s life, as well as his own.